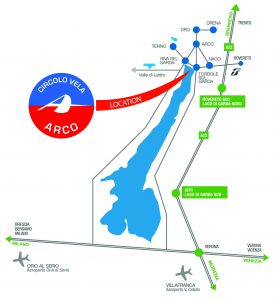 For the cars, the motorikes and the caravans the best and only line is the A22 Brennero-Modena Highway, connected to the south with the A1 Milano-Napoli and the A4 Milano-Venezia motorway.

On the A22 highway (Modena – Brennero) the suggested exit for Garda Trentino is Rovereto Sud – Lago di Garda Nord, some 17 kilometers from the Club; coming from the north it is also possible to take the Trento Centro exit, and go on towards Arco on the SS 45b for about 40 kilometers. This exit is suggested mainly during the summer or in the head months, as it is undoubtedly less congested and more panoramic.

From Milano and Brescia you can reach Riva del Garda (in about 80 kilometers) on the Gardesana Occidentale (SS 45 bis) road; during the summer or in the most congested periods we suggest you not to drive on the Gardesana Occidentale, but rather to go on on the A4 highway until merging with the A22 motorway, and then take the Rovereto Sud, or better Trento Centro, exit as said before.

From the Rovereto railway station you can use the bus service of Trentino Trasporti that takes you straight to Torbole, Riva del Garda and Arco (here you have the timetable).

For those of you coming by train from Milano or Venezia instead, it is possible to get off in Desenzano, Peschiera or in Verona.
From these railway stations it is possible to take the A.T.V (Azienda Trasporti Verona) buses towards Torbole and Riva del Garda changing bus in Garda:

Bus timetable from Verona and Peschiera to Garda

Bus timetable from Verona to Garda

Bus timetable from Garda to Torbole and Riva del Garda 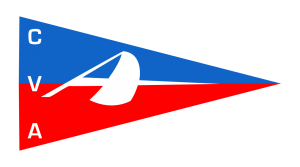